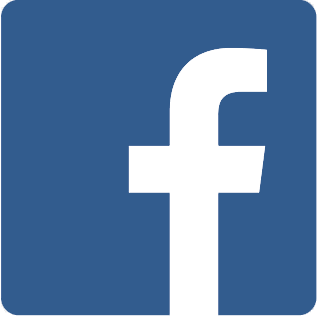 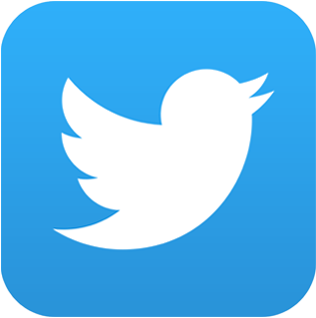 Untold Legends of Hip Hop is a series of animated interviews documenting the origins and untold stories of Hip Hop. We have always known, that behind every legend there's another story.

The project uses multiple interviews, each approximately 2 minutes long, from players big and small, from the birth of Hip Hop to its zenith. Viewed individually, they are funny stand-alone pieces, perfect for internet and short form TV. When the pieces are combined, they come together as a documentary film with a narrative thread.

It’s about story-telling, bringing legends to earth, and making you laugh while you take in a little history.

While we are deeply interested in the behind the scenes players from this world, we also had the good fortune to interview some big names like Kurtis Blow, Spliff Star and (before his infamous fall) Russell Simmons. We are well connected and have good access to many of the players from this universe.

Untold Legends of Hip Hop, many interviews, one film, all good.

Here are some great animators we're working with, and with your help, we can hire some more amazing artists:

With love and respect we will deliver to you these digital and/or physical gifts to say thank you for your pledge. We know you work hard for your money! It's much appreciated that you will pledge some of it to create this awesome artifact.

The audience is there and they want more content. Hip Hop, especially “Old School” Hip Hop, is, and has been trending up for the past few years. There are several contributing factors to this. Among them, the generation that gave birth to it are now the ones pulling the strings at major networks and media outlets. The release of films like “Straight Outta Compton” and Baz Luhrmann’s Netflix series “The Get Down” have been immensely successful. There are several new documentaries that tackle the same theme. Also, many radio stations are switching their formats to “Classic” Hip Hop for the simple reason of giving the audience what they want.

They're willing to spend money. According to ABC News, “Hip-Hop has grown well beyond the urban market since the genre's first hit, "Rapper's Delight" was released in 1979. SLMG says its customer base is the 45 million Hip-Hop consumers between the ages of 13 and 34, 80% of whom are white. According to SLMG's research, this group has $1 trillion in spending power. As much as we would like to say we planned on capitalizing on this market, it just isn’t so. We like Hip Hop and we like telling stories, the fact that it’s desirable from a marketing standpoint is a very happy coincidence.

The outlets are there. In terms of releasing the project, we have had interest from several corners. The Vice Channel Noisey would be a natural fit for Untold Legends, and Spotify currently has an animated series “Drawn and Recorded” hosted by T. Bone Burnett. Okayplaya has several animated episodes of short music stories (In FLASH).

Expansion. The outlets are there and so is the audience. There is a potential risk of being lost in the shuffle but with the strength of these interviews, especially the bigger name artists and influencers, and the quality of the hand drawn animation, there is a high probability of getting not only exposure for this series, but also the opportunity to move on to other genres of music, and stand up comedy. 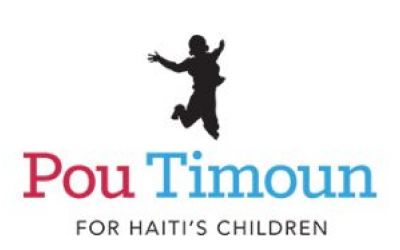 Description: Pou Timoun, which means "for the children" in Haitian Creole, is a community of friends and family committed to creating a better future for the 125+ children living at Foyer de Sion orphanage as well as children and families living in the nearby community Croix des Bouquets, Haiti. Working with our Haitian partner organizations, we help implement and support programs that provide education, improved nutrition, medical care, life skills and empowerment for children from infants to teenagers. Our goal is to focus our resources to change the stagnating effects of extreme poverty for one community in need. We hope you will join us in creating this change.

Have a question? If the info above doesn't answer all your questions, please feel free to ask the Project Leader directly.

Which causes are most popular with Boosters of this project.

For your Boost of $10, not only will you have our eternal, heartfelt thanks, but you demonstrate how you can't be motivated by earthly possessions. You're better than that.

For a mere $20 you will receive four fantastic bumper stickers (2 different styles). Slap them on your bumper, or your forehead - spread the good word about Untold Legends of Hip Hop!

Boost $30 and own your very own, super soft, Untold Legends of Hip Hop T-shirt. Let the world know you stand for quality and fine art!

Limited addition mini movie poster, signed by the directors, and featuring the amazing work of the talented Chris Fairbanks.

With your Boost of $50: Be the first kid on the block to have the complete Untold Legends volume 1: Hip Hop! And have the added benefit of telling your friends "I told you so". Make them jealous as you savor each and every episode beamed directly to your personal device.

For your generous Boost of $60, we will send you the complete UNCENSORED audio of ALL the interviews we conducted with our hip hop stars. It was tough to decide which bits of the interviews to animate. So many good stories - so little time. Well, now you can have it all. The complete audio from all our live interviews. Hear all the questions! Hear all the answers!

With your Boost of $80, you will see as well as hear what happened in our no holds barred interviews. See the homes and cars of our legendary interviewees. See how they respond to our questions!

1. Digital Download of All the Animated Episodes 2. Complete Video of All the Interviews.

With your Boost of $150, you can own your very own, one of a kind, high quality, animation still from one of the episodes - signed by the animator! These artists make our project so unique. To have an autographed copy of their work, that you help bring into the world, well, that would be very satisfying indeed.

With your Boost of $300, one of Hip Hop's most celebrated Hype men will give you the credentials you deserve! Spliff Starr will make it clear to anyone who calls you that you are a person worthy of respect! This sort of verbal endorsement will earn you the kind of credibility most people have to work their whole lives for!

Q&A with the Directors + Special Thanks in the Credits

With your Boost of $400, you can give us a call and hit us with any and all questions you have about Untold Legends of Hip Hop. Garrett Sutton and Josh Taylor will eagerly tell you some of the most amazing tales that didn't end up in the episodes! Plus you will receive a "Special Thanks" credit on all episodes of Untold Legends!

With your Boost of $500, you, (yes you), will officially become a producer of Untold Legends of Hip Hop with a full associate producer's credit for this entire project! Looking to get into the business? Want to impress your family and friends? Show them all that you have the credentials, and leave them feeling happy that they know you.

With your Boost of $600, you can have a full associate producer's credit for this entire project, and own an autographed piece of Hip Hop history. This amazing book compiled by legendary Hip-Hop designer, Cey Adams (featured in episode 1) is the first comprehensive anthology published in the name of the genre during the last thirty-five years. The book celebrates a culture that has made its mark on everything from fine art to the label on a bottle of Hawaiian Punch...including artwork of such crucial Hip-Hop elders like Lady Pink, Haze, and Run-DMC."

With your Boost of $800, you will get a full associate producer's credit for this entire project, and your very own signed basketball from the man himself! Kurtis Blow had a major hit with the song "Basketball" from his 1984 album "Ego Trip". The song and the man are quintessential old school Hip Hop! You will get a regulation size ball with a custom autograph designed for you (or a person of your choice).

Get Yourself Animated + Associate Producer Credit

With your Boost of $1000, you will have a full associate producer's credit for this entire project and you will win the ultimate level prize. You will be animated in an upcoming episode of Untold Legends of Hip Hop! We will put you inside the action and give your animated character a very prominent moment. Are you self conscious of your thinning hair, or short stature? All these things and more can be remedied with a stroke of the artist's brush!